By Administrator Posted on 30.10.2022 Leave a Comment on Treatment of roses from diseases and pests in the summer

The rose is the queen of the garden and you can’t argue with that. This is the most adored flower by many gardeners and just women. But it just so happened that not only people, but also various pests and pathogens fell in love with the beautiful rose. Unfortunately, rose bushes without proper care are very much affected by various diseases and garden pests.

Garden beauty is most often affected by fungal diseases. Most often it is powdery mildew, downy mildew, black spot, rust and some others. Let’s look at the main symptoms of these diseases.

This is the most common fungal disease of roses (and many other plants). It manifests itself in the form of the appearance of a white coating on leaves, young shoots, buds. As the infection progresses, the powdery coating turns gray.

The main causes of the disease are: excess moisture in hot weather, unbalanced plant nutrition (i.e. excess nitrogen and lack of phosphorus, potassium and a number of trace elements).

The second name of the disease is peronosporosis. It mainly affects leaves, shoots and pedicels. It appears as red-brown spots on the upper side of the leaf and a white-gray powdery coating on the underside. Most often it manifests itself with a significant difference in day and night temperatures — that is, during periods with hot days and cold nights.

Another common disease of roses. It appears as black-brown spots without rims on the leaves of the plant. The disease usually manifests itself massively in the second half of summer.

In addition to fungal diseases, the queen of the garden can also be affected by viral diseases. Such as: 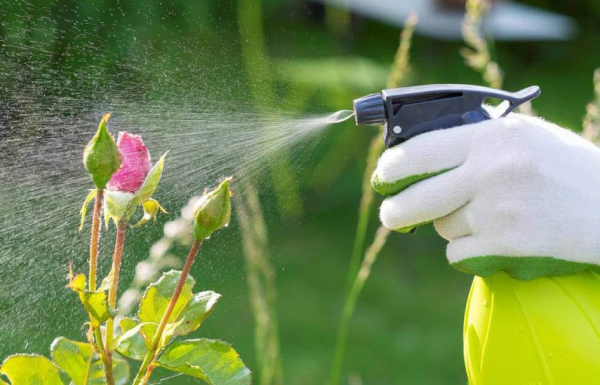 Unfortunately, it is almost impossible to cure a plant from a viral disease. It is possible to stop or slow down the spread of the disease throughout the plant by removing damaged shoots and treating the bush with pharmaiod. But most often, in order to prevent the spread of the disease to other bushes, the affected plant must be uprooted and burned.

As preventive measures — timely pruning of roses in the garden, careful processing of garden tools.

With the treatment of fungal infections, the situation is much more optimistic. As a rule, it is quite possible to eradicate a fungal disease and save the plant. But the best thing is to prevent the occurrence of infections!

Powdery mildew, black spot, as well as rust and many other fungal diseases are prevented and treated with drugs such as Falcon, Tilt, Super Alto or their analogues.

Most drugs for different types of fungal infections can be used together in a tank mix. Thus, in one treatment, you will protect your roses immediately from most (or all) possible fungal diseases.

Another tip is to alternate drugs from different pathogens so as not to cause addictive pathogens.

In the case of the development of the disease, more frequent treatments are necessary in accordance with the instructions for the drug.

In addition to diseases, the queen of your garden can be attacked by various pests. These can be the following insects and mites:

Aphids are the most numerous and widespread garden pest. These small sucking insects settle on young rose shoots in whole colonies. Aphids feed on the sap of plants and, with a large accumulation, can significantly weaken the rose. This will affect its flowering (the buds are crushed or even dry) and the condition of the bush as a whole. The abundance of aphids can even lead to the death of a rose.

Control methods consist in treating the bushes with insecticides. The best systemic action, which penetrate the plant tissues and protect the rose for several weeks. These are drugs such as Actellik, Aktara, Fufanon-nova and a number of others.

In the fight against aphids, folk remedies can also be used: infusions and decoctions of various herbs. But they only work with a small amount of the pest. With the dominance of aphids, you need to use serious chemicals.

Another effective measure is the fight against earth ants, which protect and spread aphids through plants. And for this they collect a “tribute” from them in the form of honeydew — the sweet secretion of aphids.

Butterfly larvae are relatively infrequently planted on rose bushes. But if they appeared, then it is necessary to prevent their pupation and transformation into an adult butterfly.

The easiest way to deal with caterpillars is by hand picking. There are rarely many of them, so it is often enough to collect and destroy the pest. You can also use chemicals or folk remedies: decoctions of tobacco, garlic or onions.

One of the most inconspicuous, but no less dangerous pests. Like aphids, the scale insect feeds on the sap of the plant and, with a large accumulation, can significantly weaken the bush.

With a small number of parasites, they can be removed manually using a damp cloth or cotton wool. To combat the scab, you can use soap-kerosene or soap-garlic infusion, as well as systemic insecticides. For example, Fufanon, Aktara and others.

A very frequent visitor to gardens and roses in particular. In the early stages, the pest manifests itself by the appearance of small light spots on the leaf plate. In advanced cases, young shoots are shrouded in a thin cobweb. A spider mite appears most often in the middle of summer, as it is a heat-loving animal.

The spider mite is not an insect (it is an arachnid), so many chemical insecticides do not work on it. To combat spider mites, special means are used — acaricides. You can use the drugs Iskra-M, Fufanon-nova, BI-58, Actellik and others.

In addition to the listed pests, weevils, thrips, pennits and other insects can be found on roses. The fight against them is carried out in the same way as with other insect pests.

To prevent the appearance of parasites on the queen of the garden, it is possible to carry out preventive treatments with systemic drugs along with antifungal treatments in tank mixtures according to the scheme described above. 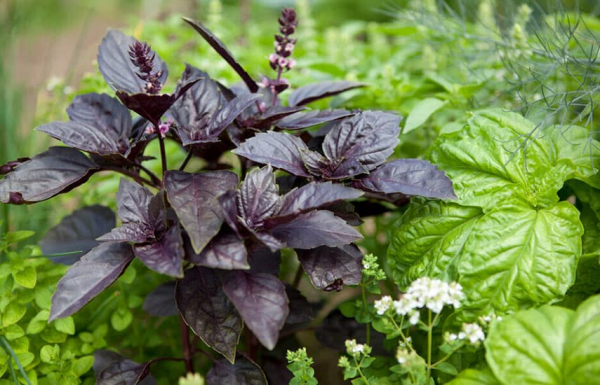