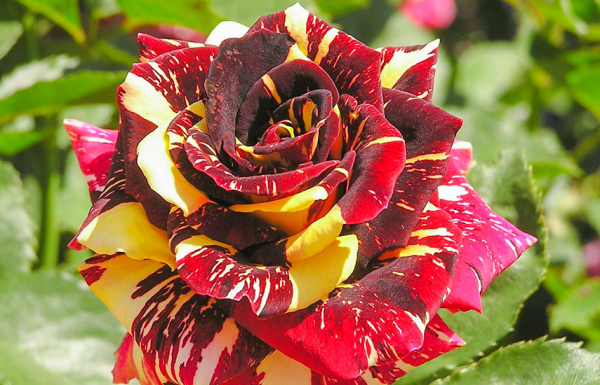 By Administrator Posted on 30.10.2022 Leave a Comment on Thornless roses.

Bouquets with smooth stems have already appeared on sale. It was not possible to completely get rid of the thorns, as an echo from the past, short soft thorns sometimes appear, because all the ancestors of new varieties were gifted with sharp growths. Consider the most popular varieties that have conquered gardens and parks in recent years.

Hybrid tea rose up to 75 cm high. This is an ideal variety for your flower beds and gardens. It has a very unusual flower color, which is covered with multi-colored stripes and spots. The petals are pointed and the leaves are green with a glossy effect. The stems have small small spines. Although the flowers themselves are not very large — only 6-7 cm — due to their location, they create magnificent inflorescences. Very often this variety is grown for cutting.

Another almost thornless variety of hybrid tea roses, which is characterized by long flowering, from June until the first frost. The flowers are large, 11-12 cm in size. They attract attention from the moment the buds open until the end of the flowering period. It has large double flowers of a warm yellow hue. Light green leaves elegantly complement the composition of the plant. One of the advantages of this rose is its high frost resistance. Subject to all the rules of agricultural technology, it can reach 120 cm.

The floribunda rose variety is ideal for decorating recreation areas and cozy gardens. Unlike hybrid tea roses, the plant forms a neat bush up to 80 cm, and reaches a width of up to half a meter. The shoots are devoid of thorns and covered with dense dark green foliage. If properly cared for, it can withstand temperatures as low as -23ºС. It is highly resistant to fungal diseases, as well as to high humidity and hot weather. 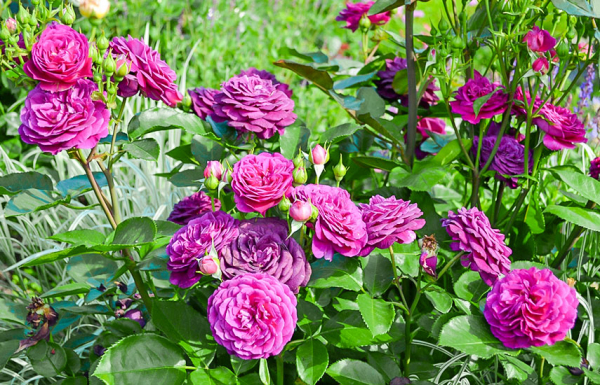 A variety of hybrid tea roses has a light, laid-back aroma. Strong, tall shoots form bushes 80-100 cm high with large, dark green foliage. The rose begins to bloom its copper-yellow-red flowers from June, after which it blooms again towards the end of summer. Despite the fact that the plant is resistant to rain, some flowers may be damaged in heavy rain. In winter, it needs shelter, which can protect it from severe frosts. 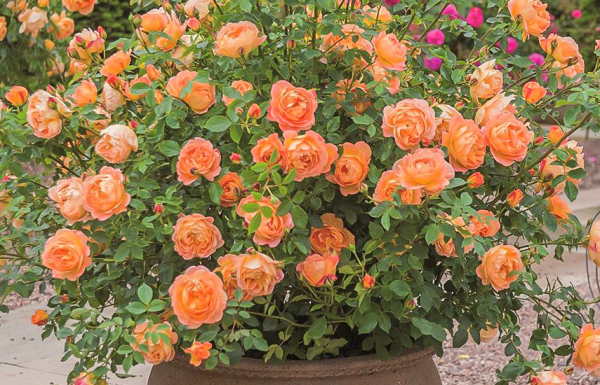 The English rose belongs to the famous varieties of the D. Austin collection, which gained their popularity due to their high endurance and frost resistance. An adult plant forms a compact and slender bush, which gives it elegance. Starting in June, charming thick terry buds of warm yellow-orange color appear on the bush, which delight with their aroma right up to the first frost. Roses of this variety are very often used to create bouquets.

A rose of the English variety, which differs from the others in all its characteristics. Unusually shaped flowers, similar to camellias, have a tea rose texture and a bright apricot hue. A strong bush that does not need support) form slightly arcuate shoots with drooping flowers and dark green foliage. The plant is resistant to various diseases, as well as high frost resistance. Very fragrant flowers are actively used for cutting. 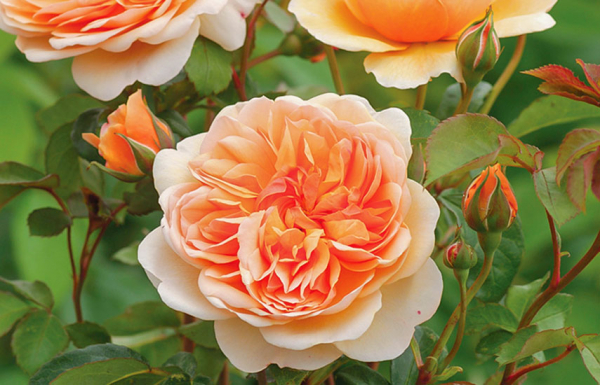 All thornless roses are hybrids, this is due to their resistance to diseases. As a result of selection, most of the roses, devoid of thorns, received a climbing shape; they easily fit for wintering. When growing, it should be borne in mind that pruning and crown formation differs from counterparts with thorns. To make a rose decorate the garden, it is enough to remove dry flowers and shoots older than three years. Short pruning of a bush can be fatal. The rose will simply stop growing or die altogether. Unpretentiousness and resistance to the vagaries of nature allows you to grow them not only in private courtyards, but also in city parks and alleys.