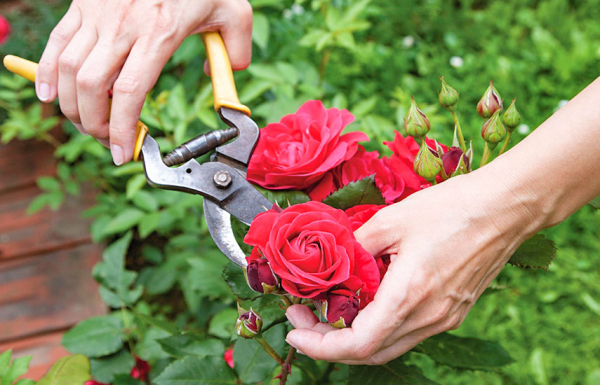 Despite the huge number of types and varieties of roses, there are general pruning rules for them. Our experts have detailed them for you:

Such a universal pruning method is especially relevant if you do not know which variety of the flower queen grows on your site. 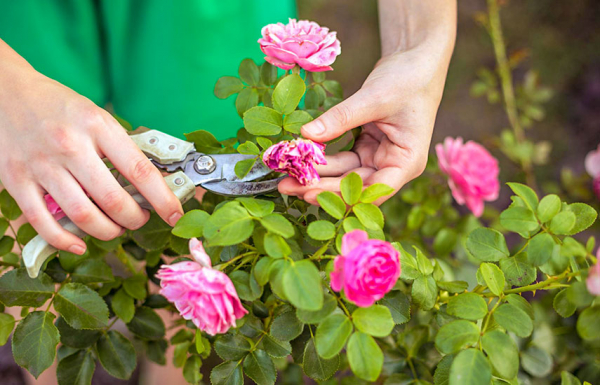 Some varieties of roses are grafted onto a rootstock selected from wild types of culture. During the growing season, young shoots form slightly below the place of budding. These are basal shoots of the stock, which must be removed to the ground. However, you should not cut the shoot at ground level, as this will lead to increased growth of new root shoots.

The nuances of pruning different types of roses 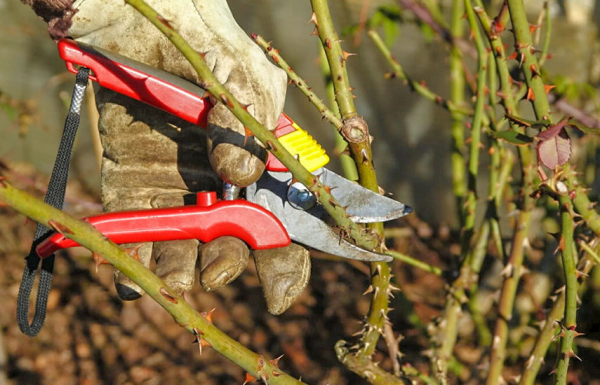 Don’t cut vigorous floribundas too much, as this can deplete them. But even weak pruning will lead to the development of thin branches. The best option in this case would be a combined one, when at the beginning of flowering some shoots are pruned strongly and others weakly. The bushes will put out a lot of root shoots and will bloom longer.

In the spring, in the second year after planting, it is advisable to shorten all the main basal shoots by a third of their length, and cut the side stems to 2-3 buds, leaving about 15 cm from the base. Cut large branches on old bushes completely or up to 3-5 buds in such a way as to open the middle of the bush.

In remontant and hybrid tea varieties of roses, flowers appear on the growths of the current year, so they need moderate-strong annual pruning. The largest stems are cut to 4-6 buds (about 20 cm from the ground), less powerful — up to 2-4 buds (about 15 cm from the ground). This type of pruning gives the best results. When the shrub begins to age, remove two or three stems annually.

When you prune remontant and hybrid tea rose bushes, you stimulate the growth of strong basal shoots and form a spherical bush with an open middle and evenly spaced branches.