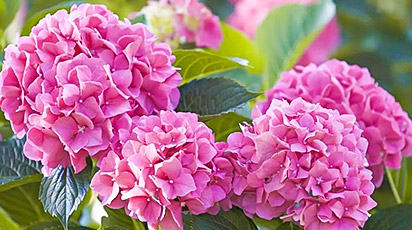 By Administrator Posted on 30.10.2022 Leave a Comment on spots on hydrangeas

Black spots on hydrangeas appear in the presence of such types of diseases as mycosis. Dark brown spots up to six millimeters on the leaves indicate septoria. It leads to the death and fall of leaf blades.

In advanced cases, spotting may appear even on the stems. Hydrangea treatment should begin with getting rid of all leaves and parts that are infected or affected by septoria, and their further destruction. After that, the plant should be treated with a preparation that contains copper, for example, copper sulfate.

Hydrangea can be cured of dry blackening, in which spots appear on the edges of the leaves, by settling water for irrigation and shading the plant from the scorching sun.

One has only to recall that for many years the hydrangea was not available to most Central European regions. The lush bushes of flowering hydrangeas could be admired only in the southern regions, where summer reigns all year round. But not so long ago, thanks to the efforts and perseverance of breeders, completely new and no less attractive varieties have appeared that have enviable resistance to harsh climates.