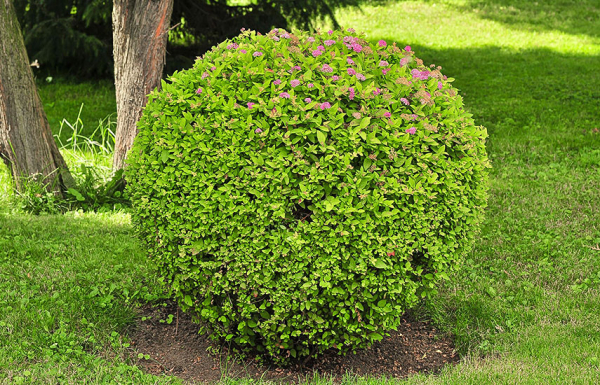 By Administrator Posted on 30.10.2022 Leave a Comment on Spirea pruning

Spirea, which is often called the bride among the people, has long adorned our streets, courtyards and gardens. This plant is especially popular in the south, and due to global climate change, it is increasingly being used in landscape design already in the northern territories. This shrub favorably perceives pruning and allows itself to be cut at any time within the boundaries of the season, with the exception of flowering time. When cutting a spirea, the gardener traditionally tries to give the plant the shape of a ball. How to properly cut a spirea in the shape of a ball, we will try to figure it out.

Where to find spirea for planting in the garden

Excellent planting material can be bought on our website. Take a look at our catalog to see and evaluate the offered goods. Here you will find spireas not only traditionally white, but also pink, and even yellow. They can be purchased with a quality guarantee for one plant or in a set with other types of ornamental crops.

Why does spirea need pruning at all?

Trimming spirea for beginner gardeners is an adventure. What if this event harms the shrub, and it reacts painfully to pruning — it starts to dry out? But what if his appearance is irreparably damaged? Don’t worry, nothing like that will happen. The bride will delight everyone who sees her with her extraordinary beauty. 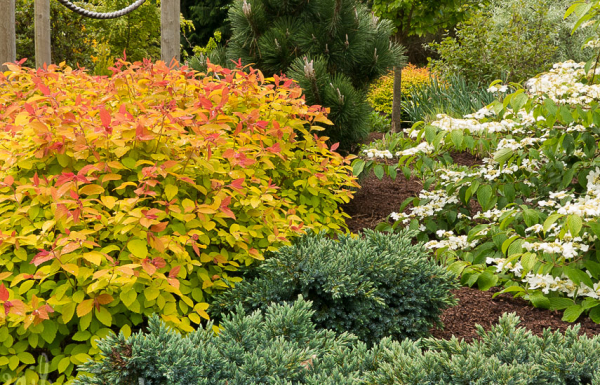 Spirea pruning is necessary and useful for the following reasons:

It turns out that pruning is a mandatory procedure that accompanies the normal development of decorative culture. Spirea recovers quickly, so all the mistakes made by novice gardeners are easily compensated. 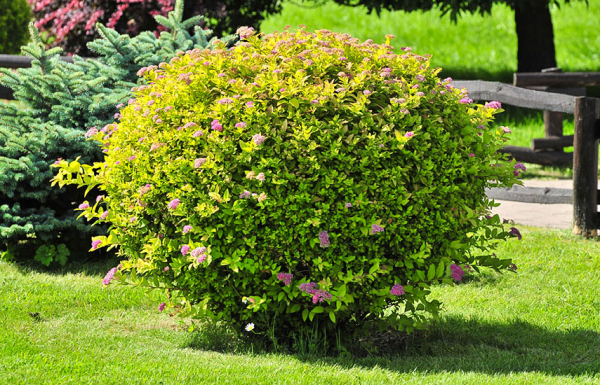 How to cut a spirea with a ball

Not every spirea succeeds in giving a noble shape to a ball. Best of all, this task will help to solve the birch-leaved spirea of ​​the Tor variety. In the form of a ball, the following varieties of Japanese spirea are pruned: Little Princess and Golden Princess, Goldflame and Goldmound.

It is necessary to cut the spirea with a ball, starting from the very first year of growth of the shrub in the open field. Spirea pruning begins in the spring. Such a haircut can be called radical, because the length of the remaining branches is only 4-5 cm. The outline should already match the chosen style. By the way, it can be not only a ball, but also a cube, for example, a cone or another object.

In order to have what exactly to cut next time, the bush is given the opportunity to build up a green mass. The following haircuts fall on the 3rd and 4th seasons of his life. At the same time, a shaping haircut is carried out in the spring and twice a season: before swelling and opening of the buds, and also after flowering. Branches reaching a length of 8-10 cm are shortened by half.

To make the whole process as convenient as possible, it would be good for the gardener to stock up on a piece of dense polyethylene, cloth, cardboard or other suitable material. This material is placed under the bush, so that immediately after the “haircut”, all cut branches can be easily removed and then disposed of.

So, we cut the spirea with a ball in two stages:

You need to do this work decisively and boldly, because this haircut will in any case achieve its goals: the plant will become easier, it will renew itself and begin to actively grow new shoots. You will see that the grateful spirea will respond to your care in the future with bright greenery and abundant flowering.

For pruning and shaping spirea, you can use different garden tools. If the plant is young, and its branches have not yet become dense, use a pruner. You can speed up the process with the help of garden shears, which are able to cut not just one shoot, but a whole bunch of branches in one motion. Mature plants are easier and faster to mow with a brush cutter. 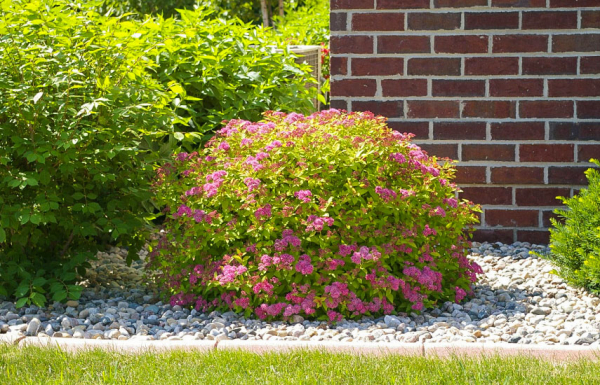 To improve the quality of the haircut, it is necessary from time to time to move away from the plant a short distance, looking at the results of your work, as if from the outside. Such a tactic will allow timely identification and prompt correction of all existing flaws.

When the main process of shaping the bush is completed, it remains to find out what else needs to be cut, guided by sanitary and aesthetic purposes.

It happens that spirea blooms again. This means that the inflorescences should again be removed to one and all.

Pruning spirea, like caring for this plant, is not a one-time action, but a long process. You need to complete it about a month before the expected onset of frost. A month should be enough for complete healing of the cuts. After all, the plant should plunge into winter sleep in a healthy and calm state.

What to do immediately after pruning

The cropped bush is well watered and fed, after which its trunk circle is covered with compost or peat. To support spirea in summer, use a combination of organic and mineral fertilizers. One part of the mullein is placed in five parts of water, and then 10 g of superphosphate is added to this mixture, which was poured with 1 liter of boiling water and settled for a day.

Under each pre-watered bush, 10 liters of such fertilizer are applied. At the end of the procedure, each bush is watered again and mulched with sawdust, compost or rotten foliage.

This is how minimal care for the plants on the site allows you to turn your garden into a fairy tale, and your mood into a festive one.

Tell us about the spireas that have taken root in your area. How often do you cut them? Where do they feel best?