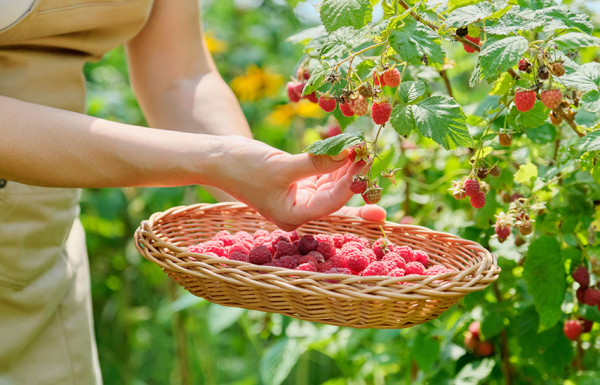 By Administrator Posted on 30.10.2022 Leave a Comment on Raspberries in autumn

The last raspberries have been picked, but your care for the bushes should continue into late autumn. In order to enjoy abundant multiple harvests next year, it is important to properly prepare the plants for wintering.

Remontant varieties, unlike traditional ones, bear fruit from the end of summer until frost. The berries are large and sweet, ripen even when ordinary shrubs refuse to bear fruit. Let’s take a closer look at what kind of care your berry growers will need in the fall.

Top dressing remontant raspberries in the fall before wintering

Like many plants, raspberries need feeding in the fall. First you need to clear the areas of weeds and dig the soil in rows (to a depth of 10 cm) and row spacing (no deeper than 20 cm). Next, the dry branches are pruned, and only then the preparation of fertilizers begins. Remontant groups of varieties are fed no earlier than October-November, since they still bear fruit in early autumn.

It is better to alternate the application of organic and mineral fertilizers. In the first case, caring for raspberries in the fall includes:

An excess of nitrogen is contraindicated for remontant raspberries in autumn; a ready-made mineral mixture of nutrients for autumn feeding must necessarily contain potassium and phosphorus. These elements are found in superphosphate and potassium sulfate. Under each adult bush, granules are poured into the previously loosened soil in the amount specified by the manufacturer. From ready-made preparations you can use:

In addition to fertilizer, plants need water-charging irrigation. It must be carried out in the second half of September. Water consumption is about 60 liters per 1 sq. meter of adult bushes.

Young seedlings need organomineral top dressing. Before planting raspberries in the fall, sprinkle 20 g of calcium and phosphorus per 1 sq. m, add about 10 kg of humus from above. Dig up the ground and prepare the planting hole — now you can plant seedlings.

How to prune remontant raspberries in autumn

In order to harvest a good harvest of large and juicy berries next year, it is important to properly prune remontant raspberries in the fall. Unlike classic varieties, this group bears fruit almost the entire season, until the very frost. This is due to the fact that the berries appear both on young and last year’s shoots, while in ordinary raspberry ovaries are formed exclusively on one-year-old stems. 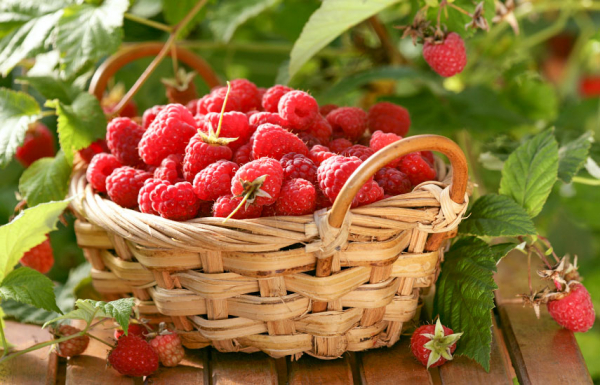 What happens if you leave a few of the strongest annual branches, cutting off only their upper part? In this case, the gardener will be able to harvest 2 crops at once — in summer and autumn. Just keep in mind that the berries of the second harvest can be small, not very sweet, and their number will be less than in summer. But on the other hand, you will have fresh raspberries when everyone has already forgotten what it is and will be waiting for the new season.

So how to prune remontant raspberries in the fall correctly? The right decision depends on you and your needs. If you want a single crop, cut the shoots on the surface of the soil under the root. If you want to shoot berries twice — leave the shoots of the current year, and remove only the old ones that bear fruit. Do not leave stumps! Remove cut branches. If you planted seedlings this year, then you should only shorten the shoots by 20 cm, but do not cut them completely. In the spring, pruning is also necessary, but only sanitary, while before wintering we form a bush radically .. Further, during the growing season, sometimes also remove young shoots if there are too many of them.

Pruning remontant raspberries in the fall: step by step instructions for beginners

Beginners are wondering whether to prune raspberries in the fall at all? Yes, definitely, and any of the varieties. Shrubs tend to grow strongly, so that over time the raspberries will become just impenetrable thorny thickets. And the quality of the crop will be questionable, as well as its quantity. 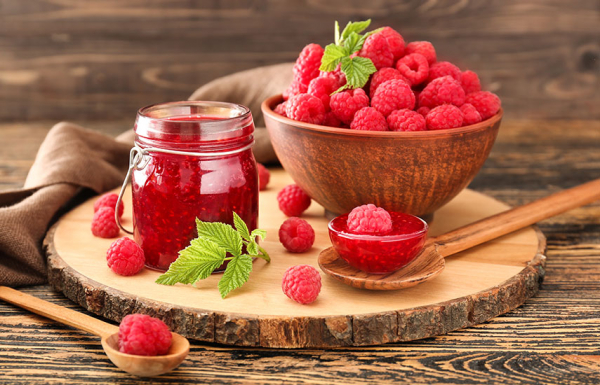 If you are growing raspberries for the first time, then in order to do everything right and not miss anything, it is better to follow the step-by-step instructions:

On each bush, it is enough to leave 3-4 strong green branches. Since they appeared in the summer, they did not have time to give ovaries, which means that they were not weakened by fruiting. Then tie the branches, bend them to the ground.

With the onset of frost, the root zone of the bush should be mulched and the shoots covered with straw and spruce branches.

By the way, if in your region frosts are never below 20 degrees, then the last item can be omitted — just throw snow on the bushes.

As you can see, caring for ordinary and remontant raspberries is not difficult, the main thing is to know the subtleties and follow the rules.