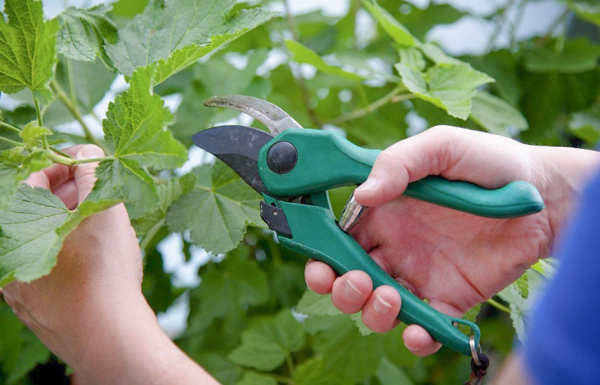 By Administrator Posted on 30.10.2022 Leave a Comment on Proper pruning of currants

Young currant bushes grow rapidly: after a couple of years they gain strength, grow noticeably, and begin to produce decent yields. After some time, the bush becomes bulky, loses its shape and reduces fruiting. The plant needs pruning.

In the climatic conditions of the middle lane, pruning of currants in autumn is carried out between September and October, depending on the weather. If it is warm outside, then the procedure can be carried out in November.

The main thing is to get into the calendar period when the leaves have already fallen (the sap flow has stopped), and the frost has not yet begun (in the cold, any damage heals for a very long time). Competent pruning of currants in the fall is especially important for beginner gardeners. It heals the bush, relieves it of diseases and pests, and increases productivity.

The formation of a young bush occurs gradually and sequentially. Protruding shoots are cut in such a way that only two buds remain on strong branches, while one is enough for weak ones. Young plants quickly gain green mass, so do not postpone this event.

Don’t know where to start? Consider pruning currants in the fall for beginners step by step. From the tools we need a brush cutter and a sharp pruner. We thoroughly clean and free the trunk circle from debris: fallen leaves, old mulch, dried grass, broken branches.

At the end of the procedure, it is recommended to treat the soil under the bush and the plant itself against fungi and insects. Then, the usual seasonal top dressing is introduced under the culture, and the near-stem circle is mulched again. Everything is simple and clear, right?

It should be noted that there are some nuances in the care and pruning of blackcurrants in the fall. The quality and quantity of pruning largely depends on the age of the bush — if we compare, for example, a young annual bush and a powerful plant older than ten years. We will talk about this a little lower.

The growth and development of this culture has some differences. She grows green mass much more slowly than her chokeberry counterpart, she has much less basal shoots. Thanks to these features, the bush is easier to form. Therefore, the scheme for pruning currants in the fall is somewhat different.

Separate weakly branching varieties completely manage with an ennobling “haircut”, without needing regular pruning. In white and red currants, fruiting occurs on short annual growths and bouquet twigs. Before the start of the event, the plant is carefully inspected. By this time it should be leafless. 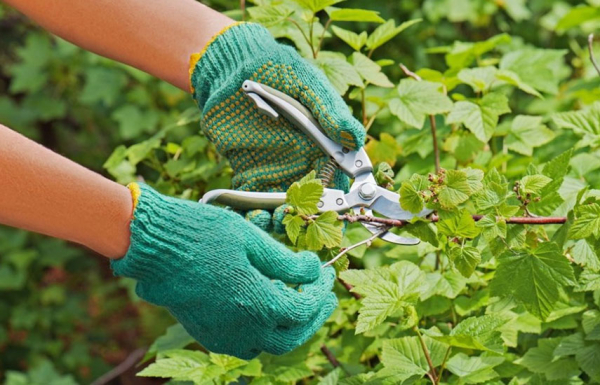 Varieties with white and red fruits are able to actively bear fruit for eight years in a row. But it is not desirable to completely remove the young shoots, leaving only strong healthy branches with good potential. Definitely cut out unripened and too thin basal shoots. It is also necessary to get rid of damaged and diseased branches.

As for young shoots, the number left should be equivalent to that which is planned to be removed in the new season. In other words, for an unsuitable escape, a full-fledged replacement is first formed, and only after that it is removed. Such pruning according to the currant scheme in the fall will not reduce the overall yield of the crop.

Plant rejuvenation can be carried out both in spring and autumn. With the right approach to the formation of a currant tree, it is able to grow in one place for a long time and give excellent yields. For example, varieties with black berries have the best yield by 4-6 years, and special pruning is recommended by the age of eight. 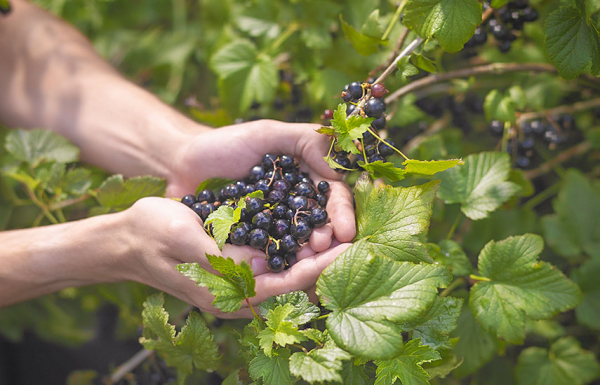 Of course, it will not be possible to rejuvenate the plant indefinitely — having crossed the line of 10-12 years, the bush will begin to gradually degenerate. Therefore, when carrying out the rejuvenation procedure, it would be logical to start preparing a future replacement for the plant. Red currants begin to produce berries at about the same age as black currants.

However, it does not grow so actively, therefore it retains its shape and yield much longer. Culture quietly survives without anti-aging procedures for up to a decade and a half. Well, after 18 years, the berries will begin to shrink, their number will decrease, and it will be more expedient to replace the bush. Anti-aging pruning can be cardinal (all at once) or phased (over 2-3 years).

Phased is more suitable for adult bushes up to ten years of age. Every autumn, a third of the old branches are removed from the bush: diseased, dry, crooked and improperly growing. They are carefully removed directly above the soil surface, powdering the hemp with ash. After about three years, most of the plant will be replaced by young shoots, which will have a beneficial effect on productivity.