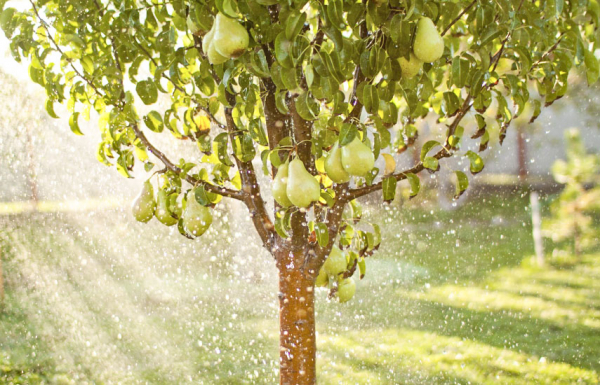 By Administrator Posted on 30.10.2022 Leave a Comment on Pear pruning in autumn: instructions for beginners

In caring for a pear, an important role, if not one of the primary ones, along with regular watering and top dressing, is played by timely pruning of the tree. Unlike summer and winter pruning, which are carried out exclusively as needed in a particular season, spring and autumn pruning are mandatory, and it is the autumn that becomes the largest of all. At the same time, it often raises questions from inexperienced gardeners who have not previously encountered this procedure. Many even refuse pruning for fear of harming the tree.

We will figure out why pear pruning is performed in the fall, and step by step for beginners we will list the basic rules for its implementation.

Why carry out autumn pruning pear

Pruning in each season has its own tasks. Pruning a pear tree in the fall is an important step in preparing a fruit tree for winter, as well as increasing yields next season. Trees of any age, both young and old, need this procedure, with the exception of seedlings of the first year of planting. We list the main goals of pear pruning in the fall for beginners:

For old trees, the yield of which has decreased over time, and the quality of the fruit has deteriorated, autumn pruning has one more function — rejuvenation and extension of the life of the tree. Moreover, if the pear has already reached the age of 15-20 years, then it is recommended to cut it not annually, but not more often than 1 time in 5 years.

The timing of the autumn pruning largely depends on the climatic conditions of the region. In the conditions of Belarus, the procedure is carried out in October, and often in early November. For pruning, it is better to choose dry sunny days, since rain increases the likelihood of infection in the wound.

Note! It is desirable to have time to carry out all pruning activities in the warm period, when the air temperature is from 8 to 12 degrees. If pruning is done at a negative air temperature or with its sudden changes, then the healing of the cuts is slower, which can lead to infection, rotting and cracking. Preparation for autumn pear pruning

Pear pruning for beginner gardeners starts with the selection of tools. For the procedure you will need:

All tools must be sharpened and disinfected with a solution of potassium permanganate or copper sulfate.

Consider which branches are removed during autumn pruning:

When pruning a pear in autumn for beginners, it is important to remember that no more than a quarter of the total mass of wood can be removed at a time. Cutting too many branches will cause the tree to become weak and difficult to handle the coming winter. If a significant amount of work is planned, then it is better to transfer some of the activities to the spring. 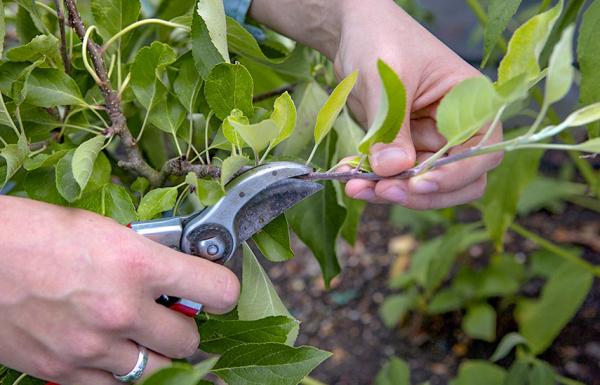 It is advisable to take all cut branches far outside the garden or burn them immediately after pruning. It is not recommended to leave them in the garden until spring, because. viruses and bacteria multiply on them, which can subsequently cause diseases of fruit trees.

After pruning, it is necessary to ensure the care of the pear and proper preparation for the upcoming winter. Places of large cuts are treated with garden pitch, and cuts from tops are treated with plasticine. The tree is fertilized with phosphate and potash fertilizers. After that, it is necessary to introduce a large amount of water into the soil — at least 10 buckets for a young tree, and at least 25-30 buckets for an adult. Such watering is called moisture charging and significantly increases the frost resistance of the tree, therefore it is carried out even in case of heavy rains. 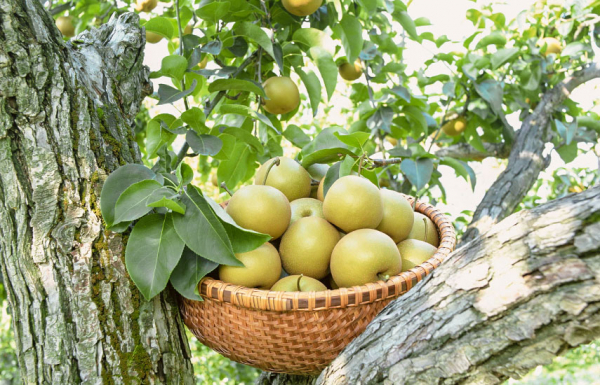 The correct formation of a pear is the key to a stable harvest and an attractive appearance of the tree. If you do not neglect the necessary procedures for caring for a fruit tree, then it will delight you with tasty large fruits for a long time.