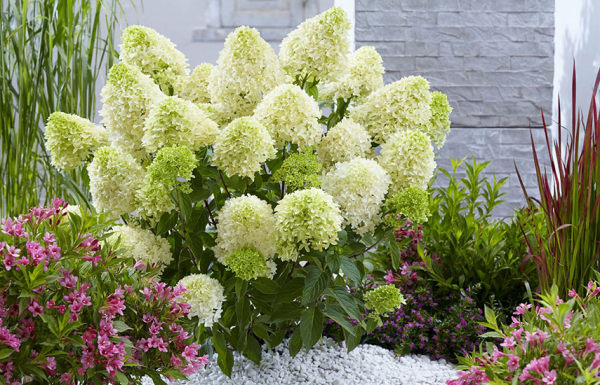 By Administrator Posted on 30.10.2022 Leave a Comment on Paniculata hydrangea in autumn

Closer to autumn, the majestic hydrangea begins to lose its magnificence. Luxurious inflorescences dry up, emerald leaves lose their brightness of color and gradually fall off, the shoots become woody. It’s time to prepare the paniculate hydrangea for winter. The plant must be properly fed and cut, take care of the shelter from the harsh cold weather.

As the saying goes, get your sleigh ready in the summer — the same applies to caring for plants. In order for the panicled hydrangea to endure the cold painlessly, it is important to provide it with good health and strong immunity. To do this, during the entire vegetative period, flowers are protected from insect pests, and phosphorus-potassium supplements are regularly applied. Toward the end of summer, watering is gradually reduced so that the young shoots have time to ripen and become woody.

Seedlings of this culture are quite successfully planted before winter, unlike its large-leaved counterpart. Landing is usually carried out around September. In more southern areas, you can do this later. The main thing is to have time to hold the event before the first frosts. The seedling must be healthy, with a developed root system. Such a plant will take root better, so that already in the new season it will be possible to admire the lush inflorescences.

Autumn planting eliminates damage to young plantings by pests — by this time the insects hibernate. Choose a bright place, protected from drafts. Hydrangea prefers slightly acidified, moisture-intensive and fertile soil. Alkaline and neutral soil can cause plant disease and deterioration in flowering quality.

When planting hydrangeas in the fall, they dig a hole of such a size that the roots are placed freely in it. It will be enough holes with a width and depth of about half a meter. Important note: it is advisable to prepare it at least a month before the intended landing. A special nutrient soil is placed at the bottom of the pit, consisting of peat, sand, humus and leafy soil, as well as:

The mixture in the pit is well moistened, and they wait a day or two for the earth to settle. After that, you can start landing activities. The seedling is carefully placed in the center of the hole, the roots are straightened and covered with soil. The root neck should not be deepened. From above, the earth is carefully tamped and watered. To prevent evaporation of moisture, the surface is mulched. It is important to remember to remove the mulch after the snow has melted.

Hydrangea paniculata: pruning for the winter

Many summer residents doubt whether they cut hydrangeas for the winter. Competent flower growers are sure that this manipulation is necessary. Without it, the bush grows and thickens too much, which negatively affects its flowering, which becomes not so luxurious and plentiful. In addition, the procedure plays the role of sanitary pruning. A culture rid of diseased, damaged and defective shoots becomes healthier and stronger, it will be easier for it to winter. 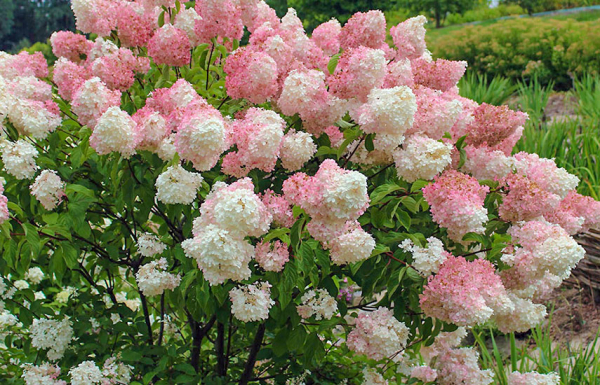 What will be the order of work? The plant must be removed:

If the plant is large and lush, shorten the skeletal branches, leaving no more than three buds on them. Basal shoots should also be removed regularly and in a timely manner. It is not advisable to cut everything at once in order to avoid a sharp weakening of the culture. It is better to do this in several approaches. If you want to get a standard form of a bush, it is necessary to trim the paniculate hydrangea in summer or autumn.

Hydrangea shelter for the winter

Representatives of this variety of hydrangeas are quite frost-resistant. They are able to endure even significant cold snaps — a drop in temperature to almost forty degrees below zero. The culture will not suffer much, but with the beginning of the new season it will recover and come to life. Many gardeners don’t bother with shelter, just make sure the plant is well planted and mulched in a circle around it. 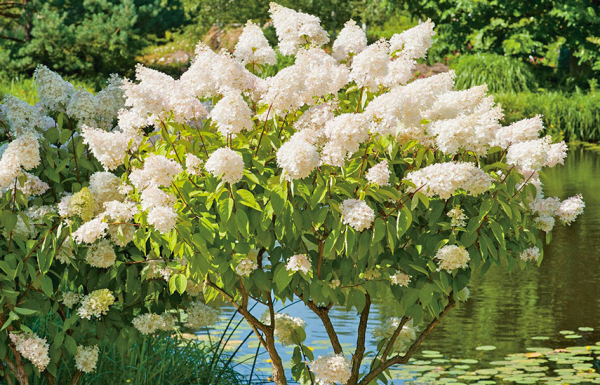 But this applies only to strong and strong adult plants. Newly planted or transplanted bushes in the climatic zone of the middle zone require mandatory protection. For the winter, plants can be spudded with rotted manure, soil or peat. It is better not to use straw, dry leaves and sawdust — they often cause rodents and mold to form.

Let’s draw conclusions. So, if you planted a hydrangea in the fall in open ground, be sure to take care of its obligatory shelter. This is extremely important for the plant. All planned procedures are recommended to be carried out before the arrival of sub-zero temperatures. How and with what to insulate the bush? For this, various improvised means are used. If the bush is quite large, with long branches, they are bent to the ground and fixed.

Only after that, the plant is covered with a suitable material (spunbond), on top of which a spruce branch is placed. In miniature plants, the shoots are simply tied and wrapped with lutrasil, spunbond, or any other suitable material. Above them, a frame is constructed from a mesh or rods, to which a strong film is attached. Heat will be retained inside the building.