Improving the soil in the beds: we make the land fertile

By Administrator Posted on 30.10.2022 Leave a Comment on Improving the soil in the beds: we make the land fertile

The question of how to make the soil fertile is key for most summer residents. The modern chemical industry promises significant improvements in soil properties at relatively modest cost. But a prudent owner will not resort to unsafe methods that give a quick but imaginary effect. It is better to spend more effort and time, but get a sustainable result and, in the long run, a safe and rich harvest.

Soil fertility and factors that determine it

If the soil mixture in the summer cottage is able to satisfy all the needs of the plants growing on it, it is considered fertile. Note that the needs of country flora are not limited to nutrition and moisture. Plants consume oxygen and carbon dioxide, heat, light and other resources, which are also partially drawn from the earth.

The main factors that determine the level of soil fertility are:

Garden soil mixture is a balanced ecosystem in which complex interrelated processes constantly and simultaneously occur. Violation of the existing balance can lead to negative consequences in which the quality of the soil suffers.

Consequences of deterioration of soil fertility.

It is not so easy to recognize alarm signals in time, but it is possible. There are plants whose appearance on the site is not accidental. They help attentive gardeners to see the danger without resorting to complex laboratory tests, and take action in time. 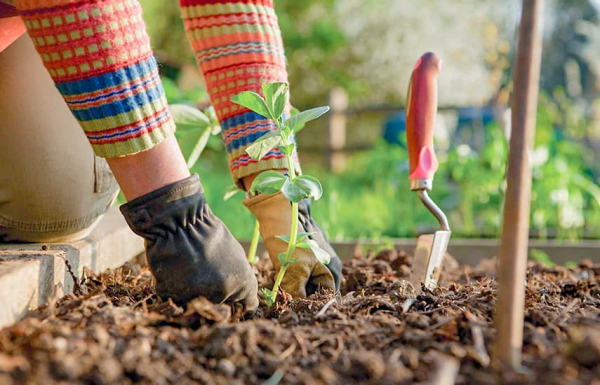 How to make the land in the country fertile

It is clear that every landowner dreams of increasing soil fertility. There are ways to improve the soil, with the help of which the problem will be solved. All these methods allow you to improve the quality of the soil in a natural and, most importantly, safe way.

Use of organic fertilizers

The main advantage of organic matter lies in its natural origin and the absence of a negative impact of such fertilizer on the environment in general and plants in particular. So, how to improve the soil in the garden? With organic help!

Manure is used only in rotted form. Before use, it and bird droppings are diluted to a liquid state and insisted. Usually, organic matter is applied for digging the earth in spring or autumn. The fertilizer evenly distributed over the surface is dug up to the depth of the shovel bayonet, mixing with the ground. Specific feeding rates depend on the initial state of the soil.

Earthworms should be present in fertile garden soil. They consume organic matter, which is in good soil, and along the way destroy large earthen clods. Invertebrates produce vermicompost — a very useful substrate for the flora. The absence of worms is a bad sign and a reason to start attracting them to the soil.

It is better to breed local worms on the site, accustomed to the climatic and weather conditions of the region. To lure these worms, you need a ditch 35-40 cm deep, filled with humus and covered with boards. After two weeks, worms will appear in the ditch, which can be settled around the site.

In order for the worms to take root in a new place, it is necessary:

Over time, the effect of the presence of rain invertebrates will become noticeable.

The use of green manure begins with sowing them in the selected area. The shoots quickly grow greenery, and then, before the formation of seeds, the green manure stems are cut off, cover the area with them and, together with the roots, are embedded in the ground. This use of special plants enriches the soil, helps in the fight against fungi and infections, and prevents weeds from developing.

There are many green manures and they need to be chosen so that they help, for example, in enriching the soil with specific elements.

The problem of improving too dense soil in the beds is solved with the help of buckwheat. It will not only enrich the earth with useful elements, but also loosen it. The normalization of the phytosanitary qualities of the soil is the responsibility of mustard. Pure steam is a remedy for the depletion of the earth

The earth also needs to rest. To do this, you can free it from planting for a year, but do not forget to dig it up, fertilize it with organic matter, and weed it from weeds. In the fall, you can plant green manure. A year later, the soil regain its strength.

The same crops cannot be grown in the same place year after year. This not only depletes the soil, but also creates a favorable environment for the reproduction of carriers of diseases and pests that target a particular plant species. Crop rotation involves an annual change in the location of plantings. It is important to consider the compatibility of previous and subsequent plants.

Organic farming is considered labor intensive, but the effort will not be in vain. If you are not going to regularly change sites, then listen to our recommendations. And over time, your harvest will become your pride. Do not forget that high-quality planting material is always in abundance, you can buy at Becker.