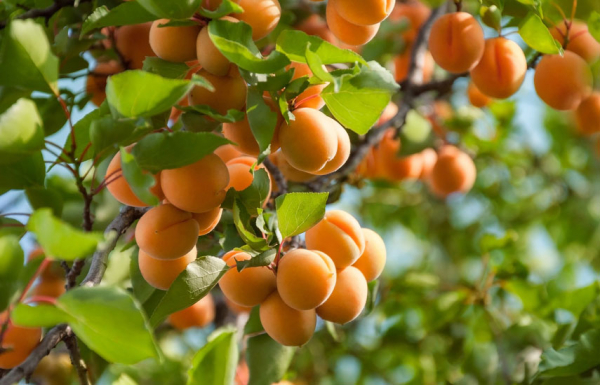 How to process apricots from diseases

By Administrator Posted on 30.10.2022 Leave a Comment on How to process apricots from diseases

Apricot generously gives delicious fruits. They are the symbol of summer for many gardeners. The tree itself is completely unpretentious, easily restored after pruning or damage, blooms beautifully, while the air in the area is filled with a sweetish pleasant aroma. All this can remain a dream if you violate the rules of agricultural technology, do not carry out preventive treatments against apricot diseases. Pests are no less dangerous. A weakened tree can die during winter frosts, prolonged rains or abnormal heat. It also happens that the damage to the tree was not noticed in time and the disease develops rapidly. Such a plant poses a threat to all apricots and other stone fruits on the site. That is why this culture should never be left unattended.

The most dangerous for apricot are three types of pests. These are aphids, codling moth and leafworm. A severe defeat can leave you without a crop. The choice of processing method depends not only on which insects settled on the tree, but also on the degree of damage. Against small colonies of aphids, folk remedies can be used. If the problem has become a disaster, you need to use chemicals or biologicals from a garden store.

Small insects ranging in size from 1 to 2 mm that settle on the underside of the leaves are aphids. The pest is inactive, sticks to the leaf and drinks the juice. For young shoots, as well as for the whole tree, this is very dangerous. A lack of nutrients greatly weakens a branch or the entire tree, and fungal spores can enter through damage to the leaves. Despite the ability of aphids to quickly capture territory, it is quite simple to deal with it. The absence of a chitinous shell makes the insect sensitive to any insecticides. During the fruiting period, it is better to choose means that are safe for humans.

The pest is completely harmless to the tree itself, but capable of destroying the entire crop. Finding it is very difficult. Caterpillars settle inside the fruit and devour the pulp. Even one individual can damage from three to five fruits. Given that each butterfly lays up to 120 eggs, prevention remains the only way to save the crop. To do this, trees are treated with insecticides before flowering and after. Traps are set up in the garden during the summer season for butterflies. 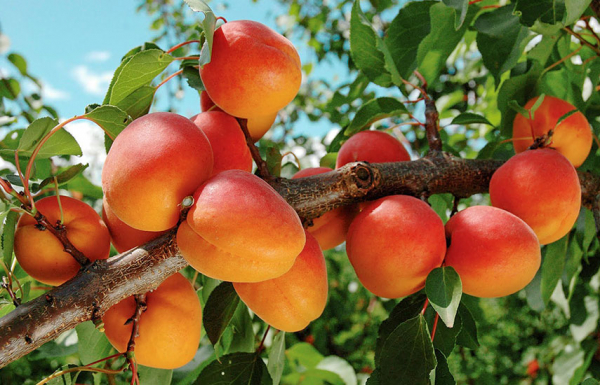 The first and most accurate sign of the appearance of a leaflet on a tree is the leaves rolled into a tube. On each of them you can see the web. The caterpillar is inside, gradually devouring the leaf plate between the veins. Small insects do not cause damage, but caterpillars must be destroyed immediately after detection. The pest multiplies rapidly, capturing more and more new territories. Preparations Maxim, Intavir and the like are effective enough for a single treatment to destroy all the larvae.

To minimize the risk of insects on the site, several treatments per season are required:

In addition, be sure to clean off the old bark, whiten the boles, dig up the soil under the trees. It is important to destroy the affected fruits in a timely manner in order to avoid the spread of the codling moth. Avant, Koragen, Fitoverm, Intavir are considered the most effective preparations for treatment.

Diseases can affect all parts of plants. Often they cause shedding of immature fruits, poor flowering, poor crop quality, and even death of trees. As with pest control, prevention is more effective than cure. The fact is that a healthy plant develops quickly, increases its yield annually, and actively forms a powerful crown. Any disease inhibits growth, some shoots can be so damaged that their further growth is completely impossible. With particularly dangerous fungal diseases that can be transmitted from other stone fruit crops, damage can be fatal.

A fungal disease that affects the bark of young, less often adult trees is stone fruit cytosporosis. After the penetration of spores under the bark, the mycelium grows rapidly. A characteristic feature is the reddish color of the affected internal tissues of the shoots and small black dots on the bark. The problem is easier to prevent than to treat. Timely sanitary pruning, removal of dry and affected branches will help. As a prophylactic, apricots are treated with a 1% solution of Bordeaux liquid or Serebromedin according to the instructions at least twice per season. 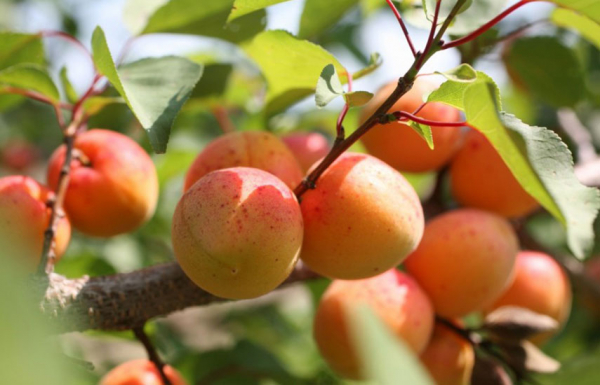 A fungal disease that affects all above-ground parts of the plant is perforated spotting. First, small brown spots appear on the leaves and fruits, then they grow, become covered with a crust. When it exfoliates on the fruits, you can see depressions, holes on the leaves, small ulcers on the branches, from which the gum oozes. The disease quickly depletes the tree. Treatment with a 3% solution of Bordeaux mixture in spring and autumn will help to avoid the problem. At the first signs of the disease, sanitary pruning is carried out with the disposal of all plant residues. As a treatment, powerful drugs are used, such as Skor.

Often, a very dangerous disease appears at the site of damage to the cortex — bacterial necrosis. It can be recognized by the necrosis of tissues, the exposure of wood, and the growth of nearby irregularly shaped bark. The only way of treatment is the timely cleaning of damage, sealing wounds with garden pitch. If the disease has already been detected, cut off everything to healthy wood, treat the whole tree with a 3% solution of Bordeaux liquid or Silvermedin, remove all gum and paint over the cut with oil paint.

The flow of gum on apricots is not a disease, more often it becomes the first sign of damage to the bark or a consequence of diseases. Large losses of juice (gum) for a tree are very dangerous, so the problem should be dealt with immediately. To begin with, the gum itself is removed, then all the affected tissues (they can be distinguished by a change in color). Small lesions are simply covered with garden pitch; it is better to paint over large areas. To avoid the penetration of spores of fungal diseases through the wound, after stripping it is disinfected, and the whole tree is irrigated with any preparation that includes copper.

To understand how to treat apricots from diseases, you need to determine what exactly the tree is affected with, find out as much information as possible about control measures. Only after that start treatment.

Even when planting a garden, the needs of plants should be taken into account. Do not place trees too close, strictly follow the recommendations for agrotechnics of a particular variety.