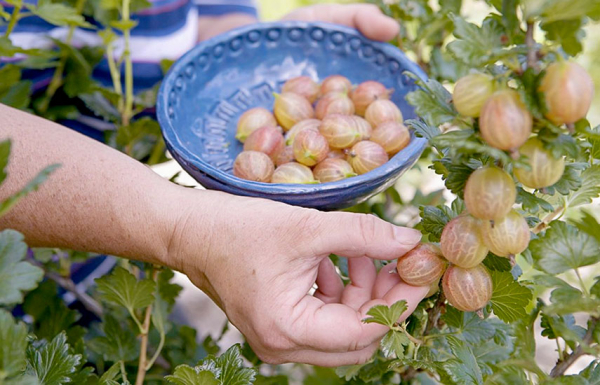 By Administrator Posted on 30.10.2022 Leave a Comment on gooseberry pruning

Gooseberries tend to form a huge number of shoots — this is a feature of the culture. In a short time, the branches become entangled so that it is impossible to reach out for the berries. If you do not cut the bush on time, then the next season the berries are crushed, and their taste will deteriorate much.

The tangled gooseberry shoots gradually turn the plant into a ball, while the air circulation inside practically stops. Fungal spores with poor ventilation are quickly activated, the plant becomes sick. Light does not penetrate deep into the crown, which also affects the health of the plant, insufficient lighting directly affects productivity, because gooseberries are light-loving plants.

Conclusion — timely pruning is necessary, and it is very convenient to hold this event in the fall, because the harvest has already been harvested, the weather is not so hot, and you can allocate free time.

Important! Pruning gooseberries in the fall is carried out after leaf fall, but before the onset of frost.

Information for beginner gardeners about the growth characteristics of gooseberries will be useful to many:

How best to prune gooseberries in autumn

The algorithm for pruning a gooseberry bush is not so complicated, but the process is somewhat different when processing old and young plants. 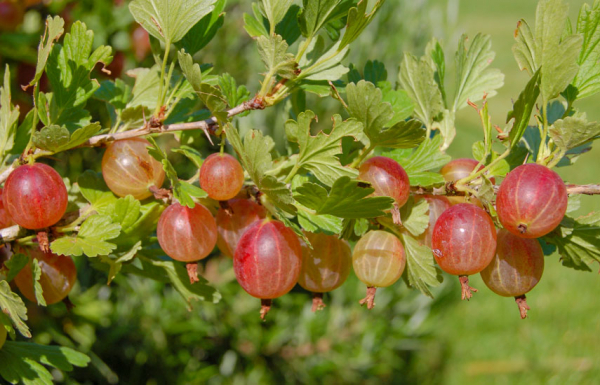 There are 4 types of pruning that are performed when processing gooseberry bushes:

How to prune gooseberries in autumn: diagrams for beginners step by step

So, if everything is ready for trimming, you can proceed directly to the operation. The tool must be sharply sharpened, secateurs, scissors, a knife, a saw may be needed. 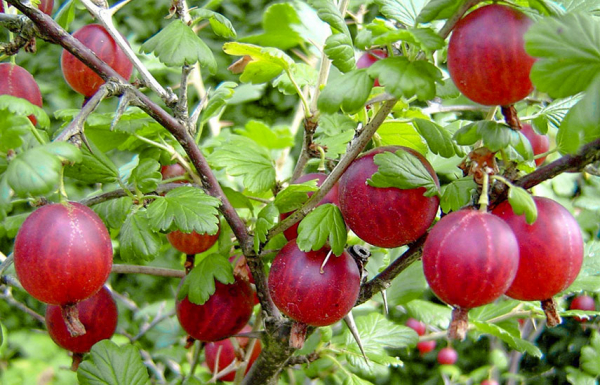 The weather on the day of the event matters a lot. Choose a quiet sunny day for planning work. If precipitation is expected, work should be rescheduled.

There are general rules for how to properly cut gooseberries in the fall:

How to prune young gooseberry bushes in autumn: features

Formative pruning is recommended for young plants in the first years of life. In a few years, you can form a productive strong bush with a decorated crown. This will make it easier to care for the plant, reduce the risk of injury from thorns when picking berries. And the yield on properly formed bushes increases significantly. 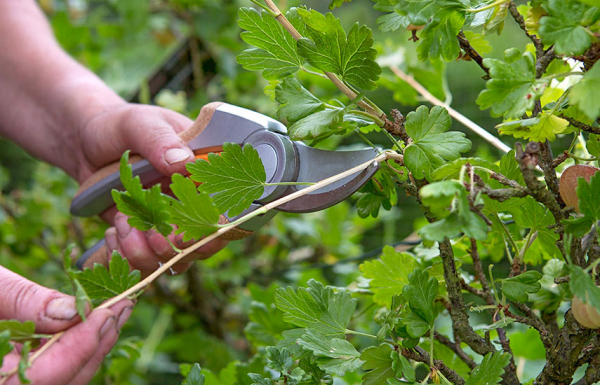 Seedlings planted this year must be shortened by 2-3 buds in the autumn. If necessary, remove broken or diseased side shoots.

In the second year of life, a formative pruning is carried out, which sets the shape of the bush. The main skeletal shoots are cut into 2 buds, making a cut at 45 degrees above the bud, looking out. The cut is made above the kidney at a height of about 1 cm.

The third and fourth years — pruning is performed similarly to year 2, but the main shoots before winter are shortened by 1/3.

How to prune old gooseberry bushes in autumn

Old gooseberry bushes, which have already taken shape, need annual sanitary and thinning pruning, it is very convenient to perform these operations in the fall, when the leaves have fallen and the fruits have been harvested. Visually, you can immediately determine the shoots that are to be removed, because the bush is clearly visible from all sides in the fall after leaf fall.

Gradually cut out old shoots, forming new ones. It is very important not to drastically cut out many shoots at once. The bush will take a long time to recover, which can affect the yield. An adult gooseberry after a cardinal pruning may not bloom at all, even a year after the operation, you can not wait for the berries. It is necessary to rejuvenate the bush very carefully, stretching it for 2-3 years.

There is another way to get new productive plants — dividing the old bush, but with this method, the plants do not produce crops during the season.

Whether to prune gooseberries in the fall — yes, but you must act strictly according to the rules.