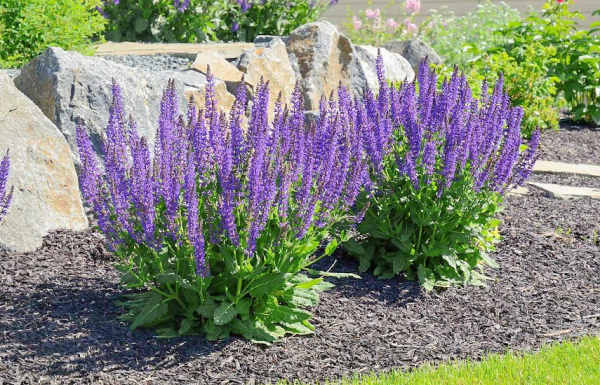 By Administrator Posted on 30.10.2022 Leave a Comment on Fragrant lavender — the queen of summer fragrances

The ancient Romans and Greeks used fragrant herbs to flavor bath water, so the name of the plant is derived from the Latin word lava — to wash. Fragrant lavender was widely used in funeral rituals in Egypt, the herb was part of the balsamic potions. The first perfumes were made in the 14th century from rosemary and lavender, Hungarian water was very popular.

Charming lavender is now widely used to decorate garden beds, alpine slides and adorns fragrant herbs. In rooms decorated in the Provence style, the interior decoration is live and dried lavender bushes, which fill the room with a healing pleasant aroma. This article is all about lavender: types, cultivation, special subtleties of agricultural technology in areas with a cold climate, use in landscape design.

Lavender belongs to the Lamiaceae family, 47 main species of the plant are described in total, several ornamental hybrids are currently known.

Lavender is charmingly beautiful — dense shoots are studded with long narrow leaves with slight pubescence, the main color of the leaf blades is silver-green. The leaves are dense, making the plant resistant to heat and drought. Upright shoots are crowned with lilac, blue or lavender flowers — this color is typical for natural plant species. Garden lavender often has white or pink flowers that are very decorative.

Medium-sized flowers are collected in spike-shaped inflorescence, which contains from 6 to 10 individual flowers.

All parts of the plant have a tart, pleasant smell that can be recognized from a thousand scents. Lavender is widely used in the perfume industry and is also used to make medicines.

For cultivation in the garden, lavender angustifolia or broadleaf is most often used. Many modern plant hybrids are derived from crossing these species. In terms of winter hardiness, narrow-leaved lavender has an advantage, which can be grown in areas with cold winters. For the northern regions, narrow-leaved lavender can also be recommended, but then the plant is most often cultivated in open ground as an annual. 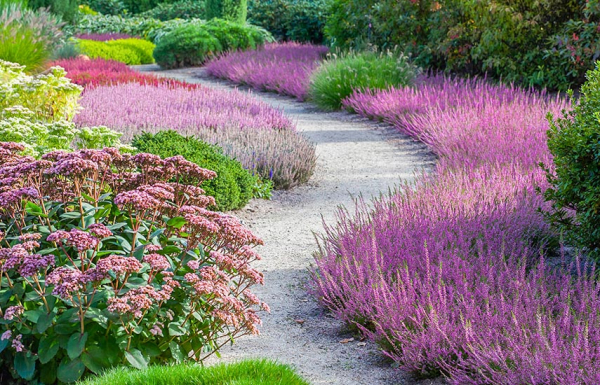 Among gardeners, the following types of lavender are very popular: 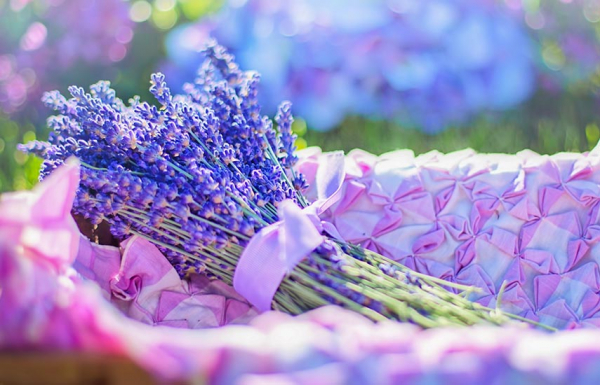 Seed propagation of lavender takes a lot of time, because this culture sprouts only from stratified seeds, but forced stratification can be replaced by natural wintering in the open field, so sowing can be done in the fall (before frost) directly into garden beds.

If stratification is planned to be carried out at home, the algorithm of actions is as follows:

After stratification, lavender seeds are sown in containers with loose soil, deepening them by 2-3 mm, the distance between individual seeds is maintained at least 1.5 cm. The crops are moistened carefully, it is best to use a spray bottle for irrigation. During the period of germination of lavender seeds in room conditions, the temperature is maintained from +15 to +21 °C. The term for sowing lavender for seedlings is from the end of January to the first decade of March.

Important! The sown seeds must be moistened dosed and moderately, it is not recommended to overmoisten the crops.

Reproduction of a spectacular perennial by dividing a bush, layering or cutting almost always has a positive result, so it is better for inexperienced flower growers to use these methods for dividing lavender. If experience is not enough, you can buy lavender in a container with a closed root system, transplanting such plants causes minimal stress, the bushes quickly take root in a new place and bloom in the year of planting.

Cuttings of lavender can be done using young annual shoots. You can cut cuttings for plant propagation in spring or summer, but in autumn you can also use the cutting method to get new plants.

Important! The best time for lavender cuttings is spring and early autumn.

Carry out the operation as follows:

Getting new lavender plants from cuttings does not require special skills, but the yield rate is quite low. Carry out this operation in the spring. Holes are dug near the bush, where the lower shoots of the plant are bent. The shoot is fixed with a hairpin, after which it is covered with soil. The middle part of the mature shoot is buried in the ground, the tops should not be covered with soil. Hilling and watering of layering is carried out during the summer, plants ready for transplantation are obtained in about a year. 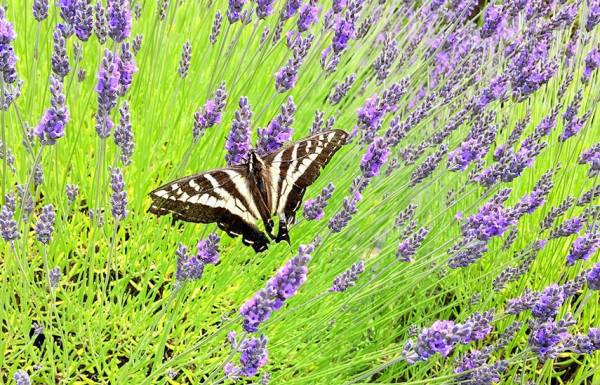 The division of an adult lavender bush is carried out in case of emergency. It is not recommended to massively propagate plants in this way — lavender reacts extremely painfully to such manipulations, which can easily lead to the death of the mother liquor.

Lavender in a garden landscape

Spectacular fragrant lavender can transform the garden, because during flowering this plant, similar to a light lilac cloud, exudes a wonderful aroma. The plant is resistant to heat, able to grow in the southern regions.

The plant is often planted on an alpine hill. Among wild stones, silver lavender bushes with bright panicles of fragrant inflorescences look very decorative, because in nature the plant is often found in mountainous areas, where it grows between natural boulders.

Lavender borders arranged in the garden to frame paths, playgrounds and flower beds look original. Delicate clouds of blooming lavender create volume and airiness, while strong stems can withstand high temperatures and do not break in gusts of wind.

Lavender is often grown in containers, especially in areas with harsh winters. With the onset of cold weather, containers are brought into closed greenhouses or greenhouses, which allows you to save plants until next spring. Container plantings are very beneficial — a flowering plant easily moves to the foreground, after flowering, the container is removed, which allows you to keep garden compositions in excellent condition and maintains their high decorative effect.

Often, lavender is used in garden decoration as a mono-culture, planting plants on discounts or lawns. The delicate lilac range of blooming lavender soothes the nerves and promotes relaxation. Very often, lavender beds are placed in the recreation area next to the benches and swings. 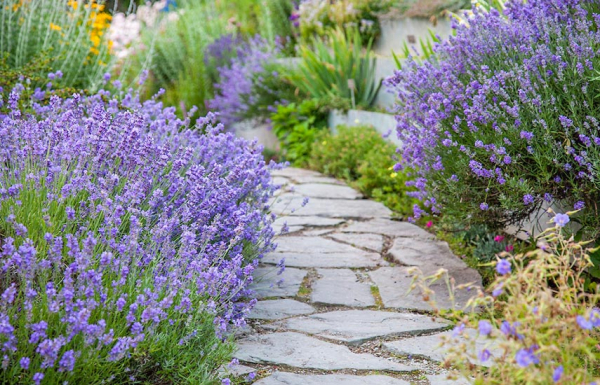 An important nuance: how to grow lavender in regions with a cold climate

In regions with cold long winters, lavender does not survive, so the plant is grown as an annual. To speed up the flowering of such plants, plant lavender seeds for seedlings as early as possible. Stratification can be carried out from the end of November, sowing seeds in the ground begins in mid-January. Flowering of such plants is possible in the second half of summer.

You can use this method when growing lavender on your own to decorate gardens located in areas with cold winters:

If there is a lot of free space in the greenhouse, lavender bushes can be stored in containers until the onset of heat.