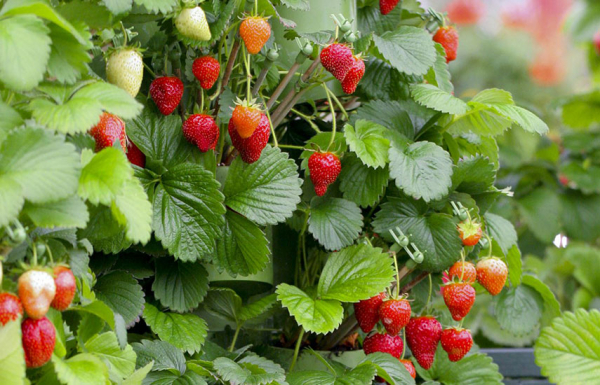 Caring for remontant strawberries in the fall

By Administrator Posted on 30.10.2022 Leave a Comment on Caring for remontant strawberries in the fall

Bushes of remontant strawberries in autumn until the very cold weather delight with flowering and the appearance of new berries. Tireless plants continue to produce crops until late autumn, but at this time it is time to think about how to prepare strawberries for winter and take a number of measures to help the bushes enter the winter and survive the cold period without loss. Caring for remontant varieties in preparation for winter has its own subtleties, which we will talk about in this article.

How to care for remontant strawberries in the fall

Although autumn has already come into its own, remontant strawberries continue to grow, so the plants need to be watered. When and how much to water? This question worries many summer residents, but it is impossible to name the exact dates of irrigation and even the approximate mode due to the difference in climate in different regions of Belarus.

Bushes are watered in September as needed, if there is frequent rainfall, several waterings can be skipped. In October, strawberries continue to be watered about once a week, but only in the absence of rain.

If during the whole season, gardeners fertilize remontant strawberries from spring to autumn, then the bushes continue to bear fruit in September-October, giving a full harvest. To maintain the plants, it is very important to carry out the last feeding of the berry plantation in the autumn, at this time it is not recommended to use nitrogen fertilizers.

The last nitrogen fertilization is carried out in August, this is a necessary event, because the soil is already very depleted by this time. Biohumus, decomposed manure or humus are scattered under strawberry bushes, but not more than 8 kg per 1 m2.

Later, phosphorus-potassium compounds are introduced under the bushes of remontant strawberries in the fall. You can mix 3 parts of double superphosphate and 2 hours of potassium salt. Such top dressing is carried out in September-October.

On sale you can find ready-made fertilizers for strawberries marked «Autumn» or «Autumn», these dressings are applied to the beds in accordance with the manufacturer’s recommendations.

Attention! Carefully monitor the concentration of liquid fertilizers; remontant strawberries should not be overfed before winter.

Excellent results are obtained by introducing remontant varieties of ash or ash extract under strawberry bushes. 200-300 g of ash is infused in a bucket of water, after which 200-300 g are poured under each plant.

At this stage of caring for remontant strawberries, gardeners can exhale — pruning bushes before the winter cold can be omitted. This is due to the fact that strawberries bear fruit before cold weather, and pruning can cause stress in the plant and stop the formation of buds.

It is recommended to inspect the bushes by removing dried leaves and mustaches from them. Later, flower stalks are removed from the strawberry bushes, which no longer have time to produce a crop.

Important! If diseased or dried leaves appear on remontant strawberries, it is advisable to remove them from the bushes immediately upon detection, without waiting for the autumn period.

Pruning of remontant strawberries is carried out only with sharp scissors or a well-sharpened pruner; do not wrinkle the fabric with a blunt tool.

Sick and dried leaves removed from the bushes should be burned in time; it is not recommended to lay them in a compost pit. 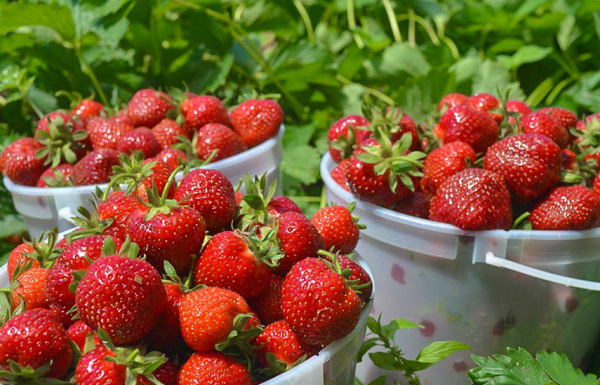 I want to note that remontant strawberries of neutral daylight hours, if planted on the site, will continue to bear fruit even in autumn conditions in the absence of prolonged sunlight. Pruning of such plants is not allowed, because they continue to bear fruit even on cloudy days. But varieties of neutral daylight hours can provide high-quality fruiting for only one season, so next year you will have to plant seedlings of this strawberry again, and old bushes can be removed from the garden with the onset of the first frost.

Caring for remontant strawberries in the fall: mulch

In autumn, it is advisable to remove the old mulch from the strawberry beds, which protected the plant roots from overheating. Straw, hay, sawdust and other woody materials should be collected and burned, because pests can hide in them. Biological mulch can be contaminated with fungi and mold, so it is not placed in compost pits, but burned at the stake.

After harvesting the mulch, it is recommended to loosen the soil, and with the onset of cold weather, lay a new mulch layer on the soil under the strawberry bushes. Its task is to protect the roots of plants from hypothermia.

When loosening the soil, weeds that have grown between strawberry bushes are removed. Weeding is carried out carefully and carefully, trying not to damage the cultivated plants.

Repair strawberry care in the fall, preparation for winter: diseases and their treatment

If foci of rot or mold are noticeable on strawberry leaves in autumn, this indicates infection of the culture with fungal spores. The development of diseases can be provoked by the temperature difference between day and night, which is very noticeable in autumn. Weakened plants, which were cared for without observing the rules of agricultural technology, can also get sick.

What to do in this case? If ordinary remontant strawberries are planted on the beds, it is recommended to treat with fungicides, but it is better not to eat berries that have ripened after spraying with chemicals.

Advice! If the strawberry beds were infected with pests or infectious diseases, winter garlic can be planted between the rows — this is an excellent prevention against diseases. Repair Strawberry: Shelter

You can cover remontant strawberries for the winter in different ways, each summer resident chooses the option that is most suitable for the climate of the region. Sometimes it is enough to lay a layer of mulch on the beds, then spruce branches, and when it snows, cover the beds with snow infusion.

You can cover the berry beds with spunbond, but it is recommended to lay the insulation in low arcs. The air in the form of a layer under the film will protect the strawberry bushes from decay.