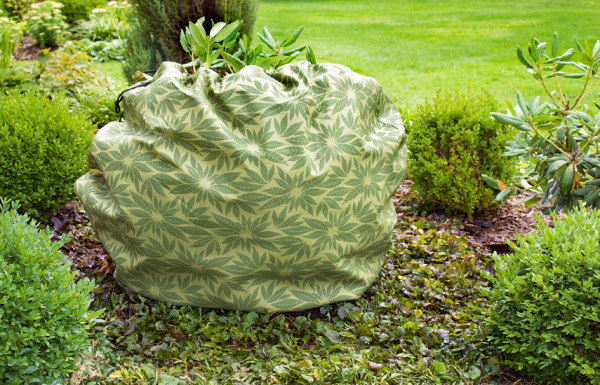 Autumn rhododendron care: planting and shelter for the winter

By Administrator Posted on 30.10.2022 Leave a Comment on Autumn rhododendron care: planting and shelter for the winter

Rhododendron, or «pink tree» is a profusely flowering ornamental shrub from the heather genus, striking with a riot of colors and being a real decoration of any garden. But not all gardeners, especially beginners, know how to properly care for rhododendrons. Many questions, in particular, raise rhododendron care in the fall: it is sometimes mistakenly believed that the main work is carried out in the summer during the flowering period, and in the fall the rhododendron does not need special care. Meanwhile, the correct preparation of the plant for winter depends on how well it will endure the frosty period, and how abundant the flowering will be in the next season.

Despite the huge variety of varieties and types of rhododendron, caring for them in the fall is about the same and includes the following main activities:

We will discuss each of these procedures in more detail below.

Rhododendron is a very moisture-loving plant, so it needs watering not only during the flowering period, but also in the autumn months. At the same time, both deciduous species and evergreens need watering. Watering should be careful and carried out in such a way as to prevent erosion of the soil and exposure of the roots of the plant. In dry weather, watering is done once every few days, and one medium-sized plant needs approximately one and a half to two buckets of water. During the rainy season, the amount of water should be reduced, but it is not necessary to cancel watering completely. It should continue until late autumn.

During the period when the air temperature drops to +2 ° C, the so-called moisture-charging irrigation is carried out: about 30-40 liters of water are poured under each plant, which allows the bushes to safely survive frosts.

After flowering, the plant needs top dressing to maintain strength and to lay flower buds for the next season. For top dressing, potassium monophosphate or superphosphate, as well as fertilizers designed specifically for rhododendrons, can be used. Before applying fertilizers to the soil, it must be abundantly shed with water. This is done in order to protect the roots of rhododendron from burns.

Colloidal sulfur is used as a means for soil acidification, as well as the prevention of fungal diseases and the appearance of pests.

The rhododendron bush does not need artificial formation, because. its natural form in most cases is genetically correct and attractive. For this reason, the pruning procedure is not mandatory when growing rhododendrons and is performed as needed. Unlike spring sanitary pruning, when all shoots damaged and frozen over during the winter are removed, autumn pruning is rejuvenating. It consists in removing old and bare shoots and is not carried out annually, but every 2-4 years.

Rhododendrons have a superficial root system, so in order for the plant to survive the winter safely, it needs mulching. It protects the root system of the rhododendron from freezing and drying out in the frozen ground. For mulching, you can use peat, fallen needles, pine bark or sawdust of coniferous trees. The layer of mulch should be at least 5 cm for a young plant, and at least 10 cm for adult tall bushes.

Do I need to cover rhododendrons for the winter

Many novice gardeners are concerned about the question of whether it is worth covering the rhododendron for the winter, because this plant is frost-resistant and can withstand negative temperatures down to -30 ° C. First of all, evergreen rhododendrons, as well as young, recently planted plants, need shelter. In addition, the purpose of sheltering is not only to protect the plant from freezing, but also to protect it from strong winds, heavy snowfalls that can break branches, and possible burns on the leaves from bright sunlight. The best time to shelter a rhododendron for the winter is the period from late October to early November, that is, the time of stable frosts. 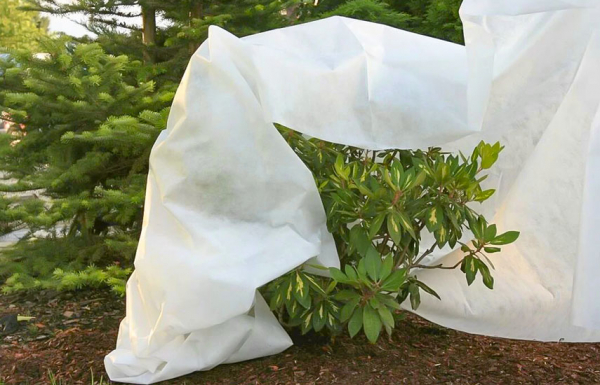 We cover rhododendrons for the winter:

Important! It is not recommended to use polyethylene film for covering, because. it does not allow air to pass through, and due to the condensate accumulating under it, the leaves may begin to turn black and rot.

Is it possible to plant rhododendrons in autumn

Many gardeners are concerned about when it is better to plant rhododendrons: in spring or autumn. According to experts, both seasons are suitable for planting rhododendron in Belarus: the periods from early April to mid-May and from early September to late October are optimal. 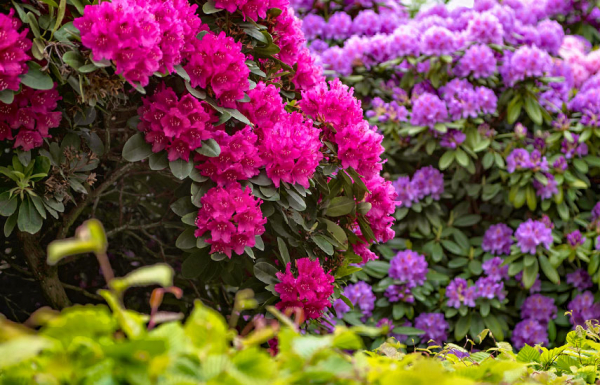 Growing rhododendron requires some effort from gardeners: this flower cannot be called unpretentious and easy to care for. But its flowering is so decorative and attractive that it is definitely worth all the work spent on it.